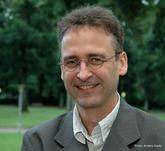 Martin Brüne graduated in medicine at the Westphalian Wilhelms University in Münster in 1988. He completed his neurology training in 1993, and his psychiatry training in 1995. His subsequent training included a Visiting Research Scientist fellowship at the Centre for the Mind, a joint venture of the Australian National University and University of Sydney. He is currently Professor of Psychiatry and Head of the Division of Cognitive Neuropsychiatry and Psychiatric Preventive Medicine at the LWL University-Hospital, Ruhr-University Bochum, Germany. Dr. Brüne has authored more than 250 articles and book chapters. He has also authored the Textbook of Evolutionary Psychiatry and Psychosomatic Medicine: The Origins of Psychopathology (2nd edn. Oxford University Press, 2016). His current clinically oriented research projects include the analysis of social cognition in psychosis and in personality disorders, the association of social cognition with social functioning and nonverbal behaviour, the behavioural performance of psychiatric populations in evolutionary game-theoretical scenarios, the effect of oxytocin on social perception and cognition in psychiatric disorders and social cognitive training in patients with psychosis, as well as mentalisation-based treatment for borderline personality disorder. He is also interested in the cross-talk between the brain and other organs, including gut-brain-interactions. Dr Brüne’s research approach is grounded in evolutionary theory, that is, how and why cognition, emotion and behaviour in psychiatric conditions relate to adaptive function of psychological traits. Dr Brüne’s interests also include cross-species comparison and psychopathological conditions in nonhuman primates. Dr Brüne is a member of several psychiatric and neuroscientific societies (Deutsche Gesellschaft für Psychiatrie, Psychotherapie und Nervenheilkunde (DGPPN), International Society for Human Ethology (ISHE), Gesellschaft für Anthropologie (GfA), and the International Graduate School of Neuroscience (IGSN), Ruhr-University Bochum. He also acts as a Co-PI in the ARC Centre of Excellence in Cognition and its Disorders, Belief Formation Program at the Macquarie University, Sydney, Australia. 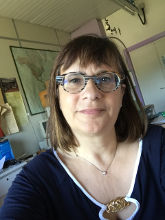 Paola Palanza received a PhD in Ethology and Animal Biology at the University of Florence (Italy), postdoctoral training at the University of Venice (I) and was a recipient of a CNR-NATO fellowship for advanced research at the Division of Biology of the University of Missouri-Columbia before joining the faculty of Medicine at the University of Parma in 2000 as associate professor. Palanza’s research focuses on the analysis of gene-environment interactions in behavioral development and individual susceptibility to psychiatric disorders, with particular regard to the role of sex differences, maternal environment, endocrine disruptors, and stress. The ultimate purpose is to develop ethologically relevant animal models of psychopathology in rodents, where the goal is to identify etiological factors and replicate symptom complexes. In addition, she has several current collaborations with pediatricians, gynecologists, psychiatrists and endocrinologists on human studies in order to improve translation from preclinical research into clinical research and reverse. 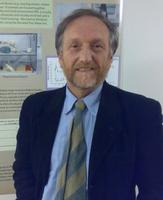 His research interest is characterized by a multidisciplinary approach ranging from Ethology, Psychobiology, Behavioral Endocrinology and Behavioral Neuroscience in animal models (i.e. Causations and functions of male and female mice social aggression; Neurochemical correlates of different forms of aggression: ethopharmacological analysis of maternal aggression, inter-male attack and infanticide; Effects of prenatal exposure to drug, man -made Endocrine Disrupting Chemichals and stress on neuro-endocrine development and socio-sexual behavior of mice) and recently Evolutionary Psychology. (Relationship between personality traits, neuroendocrine responses and competition outcome in martial arts athletes; The role of social stress and individual vulnerability in the genesis of male psychogenic sexual disorders). Member of the Permanent Monitoring Panels (PMP) of Pollution and Sustainable Development of the International Seminars on Planetary Emergencies of the EMFCSC dealing with Developmental Effects of pre and perinatal exposure to Endocrine Disrupting Chemicals on reproduction, physiology, brain and behavior in animals and humans. He organized and directed several workshops of the International School of Ethology e.g. Ethology and Psychobiology of fear and defense; Protection and Abuse of Young in Animals and Man; Ethology & Biomedical Research; Impact of Endocrine Disrupting Chemicals (EDC) on Brain development and Behavior; Social stress: impact on Physiology and Behavior; Neuroeconomics: recent Advances and Future Directions; Adapted Mind, adapted Body: the Evolution of Human Behavior and its Endocrine Regulation; Animal and Human Emotions; Translational Neuroscience and Mental Disorders: bridging the gap between animal models and human condition and as antecedents of the present workshop on rituals, belief and religious mind The Evolution of Morality: the Biology and Philosophy of Human Conscience (2012); What made us Humans?: Biological and Cultural Evolution of Homo Sapiens (2014); The Symbolic animal: Evolution and Neuroethology of Aesthetics (2016) that generated books and /or special issues of International Journals